Endurance is defined in the dictionary as “the ability to withstand hardship or adversity; the ability to sustain a prolonged stressful effort or activity.” Taking the word apart a bit further, the term endure means to remain firm when suffering or misfortune hits without yielding. These definitions point to one thing, endurance is far from easy, but typically, it can be worth it. This is because so much hard work and persistence is needed to stick with something long enough to reach your goal. Churchill said it best with his famous quote “Success is not final, failure is not fatal: it is the courage to continue that counts.” We have to be strong enough to not give in, no matter what. The only convictions we should have are those given to good sense and honor in spite of force or might that comes from the enemy.

Since it is so important to endure, we can all use a bit of help. Below is a list of powerhouse gemstones that can help you endure. These crystals can be meditated upon as we call upon our spirits and guides for help. These are the same stones that were once used by warriors to aid in protection and bring power to those going into battle. Today, these gemstones are commonly used by athletes, teachers, students, leaders, and others who are working toward a goal that is tough to reach. Choose the gemstone best suited to your needs when you need an extra boost and the power to endure.

Red Jasper is also known as the Stone of Endurance or the Supreme Nurturer and serves of a talisman of warriors or those in battle. The stone can be used to enhance endurance physically, emotionally, and mentally for stamina which is why it is often the choice of athletes. It is further believed to aid in self protection and confidence to offer a more positive outlook. Specifically associated with the root chakra, the reddish brown crystal stimulates the chi by adding to energy levels, determination, and courage where it is needed.

Bloodstone is a dark green crystal with deep red flecks that is known as the Stone of Courage and Bravery. Aligned with the first four chakras, its power helps you bravely endure both physical and emotional turmoil. The crystal is thought to help you experience greater love both for self and others as it helps you make decisions wisely, even when in danger. It further offers courage to overcome even the most negative of situations.

The bright golden orange crystal that is also called Gold of the Sea is associated with two chakras, the sacral and solar plexus, and is said to help you trust your inner self and strengthen intuition. Amber is said to absorb pain of both the body and mind. Amber is not technically a gemstone, it is fossilized resin, but still helps those with depression, including self harming tendencies. It encourages endurance, trust, confidence, and happiness while offering protection when psychic abilities are utilized.

This Seer Stone is a healing stone that comes in many colors, including clear. There is a color to align with each chakra if needed. The Beryl stones are said to help with overcoming stress, calming anxiety, and enhancing courage. This is often chosen for scrying.

This Stone of Leadership is an orange-red brilliance connected to the root and sacral chakras. It is believed to inspire confidence, endurance, courage, and motivation. This is often chosen by singers and artists to inspire creativity. Known to stabilize your life force and keep you from anger, it can be used to overcome abusive situations and relationships.

The Stabilizer Stone is a green crystal, though other colors may be encased inside. Chosen by gardeners for beauty, it is known for stabilization, supportive growth, and grounding. Most associated with the heart chakra, it carries earth power that helps you endure anything that arises in life. It is further believed to help with perseverance, calmness, concentration and focus as you attract gain.

Choose the stone that most attracts you and that you can connect with during meditation. Having more than one stone to work with is also beneficial because each aligns with different chakras and may come in handy during your spiritual journey. 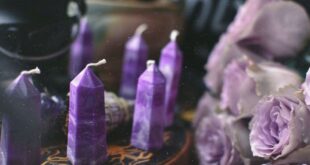