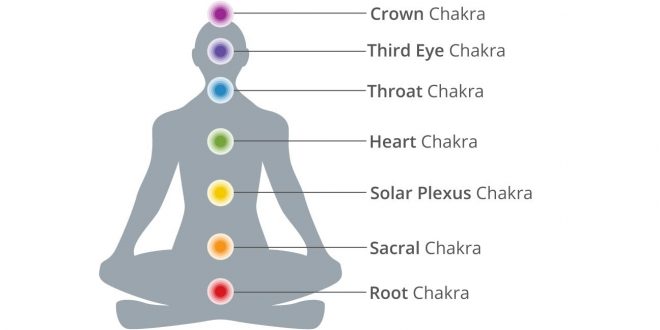 The chakras all have different meanings and the word chakra is a Sanskrit word that means the wheels are spinning. People think more about the work and the roles of the chakras than they ever have before.

The chakras are energies that exist in the body and are part of the etheric body. The energy mass that is going around is part of the vortex and it draws energy to the center of the body.

The energy comes in a swirling mass and comes to the chakras and gives a life force to the body.

There are seven chakras that are the main chakras and two others are located outside of the body in the energy field.

How Were Chakras Discovered?

People of primitive times never could understand why there weren’t balanced and why they were getting health problems. They knew inside of themselves that there had to be things connected to certain parts of their bodies that brought about energy.

The chakra meanings have been found in ancient texts and have been used by modern men to understand what the primitive people were talking about and what equipment they used.

The primitive people knew what kind of action they had to take, and they lived a long time ago and realize that they had energies in the center of their bodies and that these energies were important.

Some of the earlier texts such as the Vedic texts had information about the chakras recorded and the ancient healers knew that certain parts of the body were connected to the spiritual and emotional parts of our being.

It was during these times that people realized that they could use crystals for healings and that the chakras had specific meanings.

The ancient people used their intuition to figure out which crystals would help with healing and now we can take our current knowledge and their knowledge and combine it to get answers.

Location of the Chakras

There are seven major chakras that are located between the base of the spine and the crown of the head. These each function with different body parts and the chakra governs that part of the body.

There are also chakras located outside of the body such as below the feet and above the top of the head. There is also a Higher Heart chakra that is located in the thymus chakra.

Even though that is not one of the major seven chakras, it is still located in the body between the heart and the throat.

The first chakra or the root chakra is the stabilizing chakra. Everything that is connected to this chakra is about the foundation of the body. This is found in the spine and close to the floor of the pelvic. It runs through the first three vertebrae and is fueled with survival and security.

This chakra is good if you want to improve your sex drive or help with your physical life.

The second chakra or the sacral chakra is found close to the pubic bone and by the belly button. This chakra is found in the sacrum and hip bones. This is associated with sexuality, creativity, and emotions.

The third chakra or the solar plexus chakra is found in the belly button and to the ribs. This chakra is called the Power Chakra and helps with personal power.

The fourth chakra or the heart chakra is the center chakra and it is located in the chest. This is part of the thymus gland which will help with your endocrine and lymphatic system and with the breasts and lungs.

This chakra brings about unconditional love and happiness in life. The Thymic or the Higher Heart Chakra is located in the upper part of the chest and is located above the heart to the right and is between the throat and the heart chakra.

This is the place where the chakras connect with the emotions and bring divine love and truth. This is associated with forgiveness and where language comes from.

The fifth chakra or the throat chakra is found in your throat and with the mouth, tongue, thyroid, neck, jaw, and larynx.

The fifth chakra is part of the communication and helps you to speak and communicate better with the spirit world.

The sixth chakra or the third eye is found between the eyebrows and includes the brain, eyes, head, and pituitary glands.

The sixth chakra is what gives a second sight and helps with spiritual gifts.

The seventh chakra or the crown chakra is located in your head, at the crown. This chakra helps to bring you a spiritual connection with others and allows you to focus on divinity and your psychic gifts. This is part of your body that lets you be aware of the spiritual world around you and the universe.

Each of the chakras have a meaning and they are located in the body, above the body and in the earth. The chakra below the feet is the earth chakra and the one above the head is the soul star chakra.

The grounding chakra is called the earth star chakra and it is located below the feet and allows you to have access to the energies from the earth and from nature.

The Eight chakra is located above the crown chakra and is called the Soul Star Chakra. This is where you use your conscious mind to reach your higher power and the chakra that can help with enlightenment.

What Do the Chakras Do?

All of the chakras are put inside of use to help us to gain our psychic powers and to develop them. The third eye chakra is specific with this area, but all of the chakras work together for this as well.

There are minor points in our bodies called meridians and they are where the energy lines are. They are used by doctors to do acupuncture in these areas to balance them and heal them.

When the human energy field is formed, so are thousands of minor chakras and other major chakras. When we talk about the chakras, we usually talk about the seven major ones and if you have some type of imbalance in your body, the chakras probably are not working right.

Balancing your chakra is important and can bring healing and health to you. When you are born, your chakras are in balance but as life comes along and negative things happen, it can cause your chakras to quickly become unbalanced.

These blocks in the energy flow can cause you to be sick, have illnesses, feeling that things are not right and even major sicknesses.

There are certain colors that go with the chakras and if you are trying to heal your body in some way, you might want to use stones of those colors to make sure that you are healing the right area.  Healing crystals have certain vibrations and can help to heal your body and boost your chakras.

Here is a list of the colors associated with the chakras.

There are many stones that are used with the different chakras to balance them and to put psychic protection on them. Some of the stones are very protective stones and some are used for the earth and the star soul chakra to bring balance there.

It is important to know about the different chakras and what they mean and how you can heal them, especially if you are doing psychic work.

There are some stones that are specific for the color of each chakra and there are many that are easy to find and some you might already have in your collection. You will see clear stones that are considered white stones, and these are related to the soul star chakra such as:

Each chakra has crystals that are associated with it and these come in different colors for the specific chakras. There are stones that are mixed that can work well and help to heal multiple chakras at ones. It is important to know the meanings of these stones and what attributes they have.

Some of the high vibrational stones have strong energies and can help with the heart and up chakras because these are associated with the spiritual body.

Use the stones to help develop your psychic powers and to increase things such as your intuition to keep you strong and healthy.

Using natural crystals with the base and the earth star are also important. The lower chakras help to keep you grounded and you need to always be grounded, especially when doing spiritual works.

Your emotions will most likely alert you if you are unbalanced. There are feelings such as in your stomach that can let you know that one of your chakras are not balanced.

You need your chakras to be balanced and if you have to make changes in your life to do it, then do so. Balancing your chakras can make your life better and can help you have more meaning in what you are doing.

There are other tools that you can use to learn more about your chakras and to help you increase your giftings such as books, CD’s, and even looking online at podcasts and blogs. You can also see your very own psychic if you need extra help. 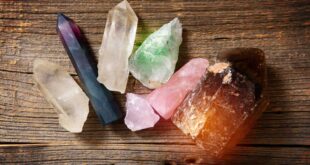