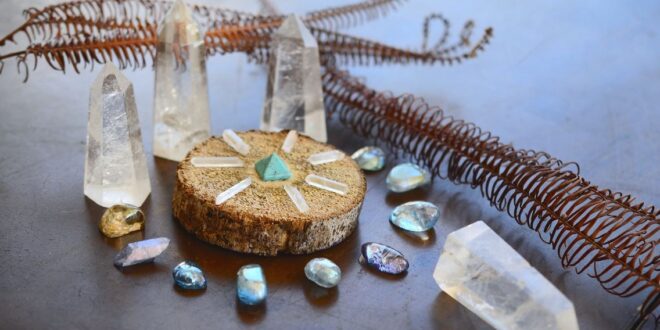 As long as ancient times, crystals have been part of medicine. People now days are turning to crystals and stones to help heal themselves even today.

The interest people have in crystals as an alternative medicine has not went away. There are different stones that have different mineral deposits that can change your life, according to those that believe. The Clear Quartz is one that can help to increase your immunity and help you to find love, while the amethyst is there to help you get rid of addictive behaviors that are holding you back.

Even though the powers are said to be part of crystals, there are negative side effects that can happen, and no one hardly ever talks about those.

Though many people believe in crystal healing, there is no real evidence that they work but some people feel that if there is a chance, they will give it a try.

Crystals are often wanted because of how they look but religious people often will find crystals based on how the light reflects and how valuable the crystal is to their mind and body.

Those that study crystals today know that the stones have different temperatures, and they have different vibrational frequencies. This is something that has attracted people for years and years.

Some people will get crystals to build their spiritual life while others will get them because they believe that they can heal. There are different kinds of crystals including the diamond which can cut through things and other raw and unpolished crystals that are beautiful because of what they do.

When a person from the medieval times wanted to connect with the spirit world, they would often use crystals to help them to reach ethe different realms. There are different cultures and different periods of time where this was popular.

Why Do People Believe Crystals Heal?

People will believe in the crystal healing because of different therapies that are offered today. Some people such as psychology majors will talk about how crystals were taken from the earth and those that would study them would often feel that their mood would get better or that they would feel a tingling sensation on their body just by holding them.

Other people felt that there were supernatural things connected to the crystals. When someone experiences the crystals as a type of therapy, they might begin to believe the power of the stones. They might hold the crystals and feel like good things happened to them or they may think that the crystal made their bad situation good.

Even one thing that happens that is good while having a crystal can make a person believe that the crystal is taking care of them and giving them the therapy that they need. Just like placebo drugs, a person that holds a crystal and has something good happen to them will automatically turn to them as something good and healing.

Some scientists believe that the relationship that people have with crystals is not worth studying and even though they believe it is fake, the people that are using them to improve their mind and their body’s may lead them to make better choices and to better themselves along the way.

Crystal Reading Blog Moderator
Previous Crystals that Deal with Stress and Anxiety
Next When your Crown Chakra Opens? 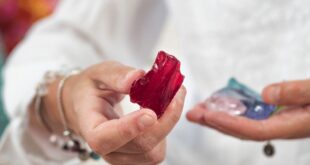 Crystal Healing to Get Unstuck

Do you feel that you have no motivation, and you don’t know how to get …