All About Crystal Ball Reading

Crystal balls have been used for centuries as a tool for divination.  This type of reading is called scrying.  Some associate crystal ball reading with gypsies who have enchanted powers. Some hear the words “crystal ball” and think of the witch in the Wizard  of Oz.

In the actual world, crystal balls don’t have the power to read themselves, and they don’t show full scenes like a TV screen.

The reader themselves will see different images in their heads while in a trance.  The images can be symbols or pictures or just impressions.

There are three different kinds of crystal balls.  These are, natural quartz, glass and lab grown crystal. The natural quartz are carved from larger veins of crystal and will have clouds and cracks.  Far from damaging the visions, the flaws in the crystal will help the seer see the images.

Amethyst crystal balls guide spiritual energy and help with contact spirit guides.  Crystal balls made of rose quartz help with matters of the heart and emotions.  They also help in healing emotions.  Smoky quartz can ground you and clear away negativity. Obsidian is powerful and helps reflect information in the soul.  Malachite helps bridge the gap between current and past lives.

Other stones, such as Lapis and Sodalite can help harness psychic abilities.  There are many different stones that can be used for different purposes.

History of reading through crystal ball 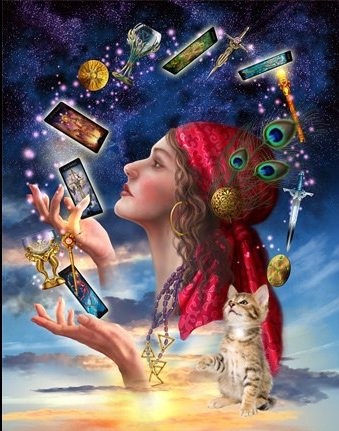 The scientist and astronomer who was the royal advisor Queen Elizabeth I, was a  He also was a philosopher who believed  in alchemical studies. He did  use crystal balls, as he believed they would help him communicate with angels.  The quartz crystal ball he used can be seen in the British Museum. In ancient times, the Greeks would scry using pools of water to help them divine information.  As far back as 2000BC, The druids in what is now Great Britan used crystal balls. In these ancient times, Transparent Beryl was used for the crystal balls. In the Middle Ages, theft was made to crystal because it was more reflective. It’s not just Western World that used crystals.  The third largest crystal ball in the world was created for the Quing Dynasty in the Nineteenth Century.

Some believe that nothing can be seen in the actual ball itself and instead they use the ball as a focal point for meditation.  Others say that the focusing on the flaws in the crystal while in a trance can lead to seeing symbols that can then be interpreted.  These readers have described these readings as feeling as if they were being drawn into the crystal while time bends around them.

Crystals balls may not have the otherworldly mystical powers that some think. The crystals themselves carry electrical charges  that can be turned into signals. Crystals are used in watches, TVs and radios. Quartz crystal clocks are very reliable because they provide continuous energy waves.

Can a crystal ball reading be right for you?

On their own Crystal balls are quite intriguing.  Their shape and form combined with their natural energy can help you focus and interpret life’s secrets.  If your psychic is using a crystal ball taps into the energies and powers with a rich history that can guide your life. 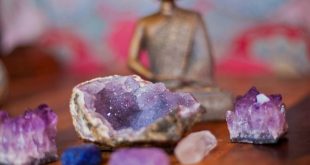 Crystals You Should Have

Having crystals and other gems are not just for women but for years and years, …